Chronically Metropolitan tells the story of first time novelist Fenton Dillane, who returns to New York City unannounced ready to reclaim his lost love, Jessie, who unbeknownst to him, is engaged to be married. Fenton enlists his head strong sister, Layla and his drug dealing best friend to win her back. His actions set in motion a chain of events that affect the lives of everyone around him for better and for worse. 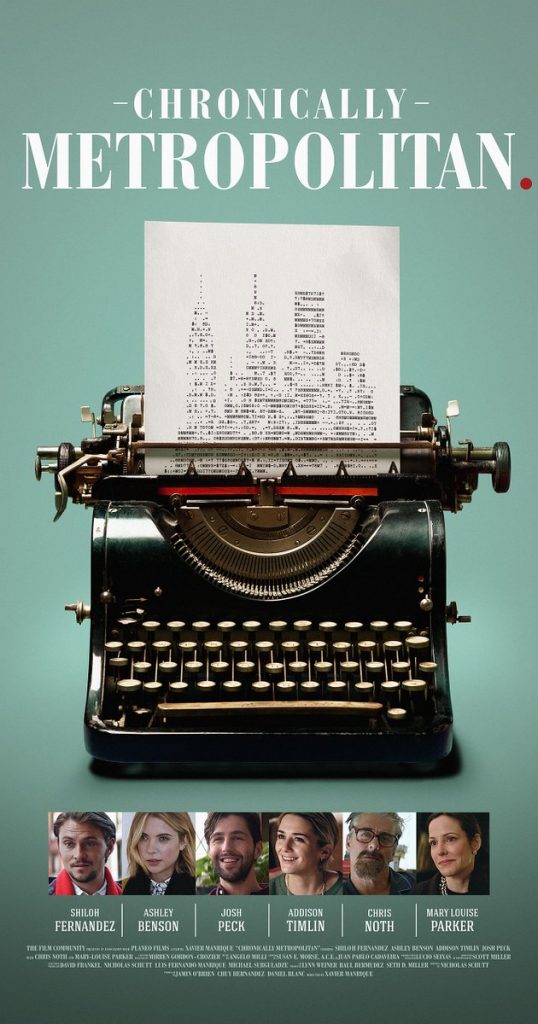