Voice from the Stone

Voice from the Stone is the haunting story of Verena (Clarke), a solemn nurse drawn to aid a young boy named Jakob who has fallen silent since the untimely death of his mother (Murino) nearly a year ago. Living with his father in a massive stone manor in Tuscany, Jakob not only refuses to speak, he seems to be under the spell of a malevolent force trapped within the stone walls. As Verena’s relationship with the captivating father (Csokas) and enigmatic son grows, she becomes ensnared and consumed by Malvina’s severe force. If she is to save the boy and free herself, she must face the phantom hidden inside the stone. 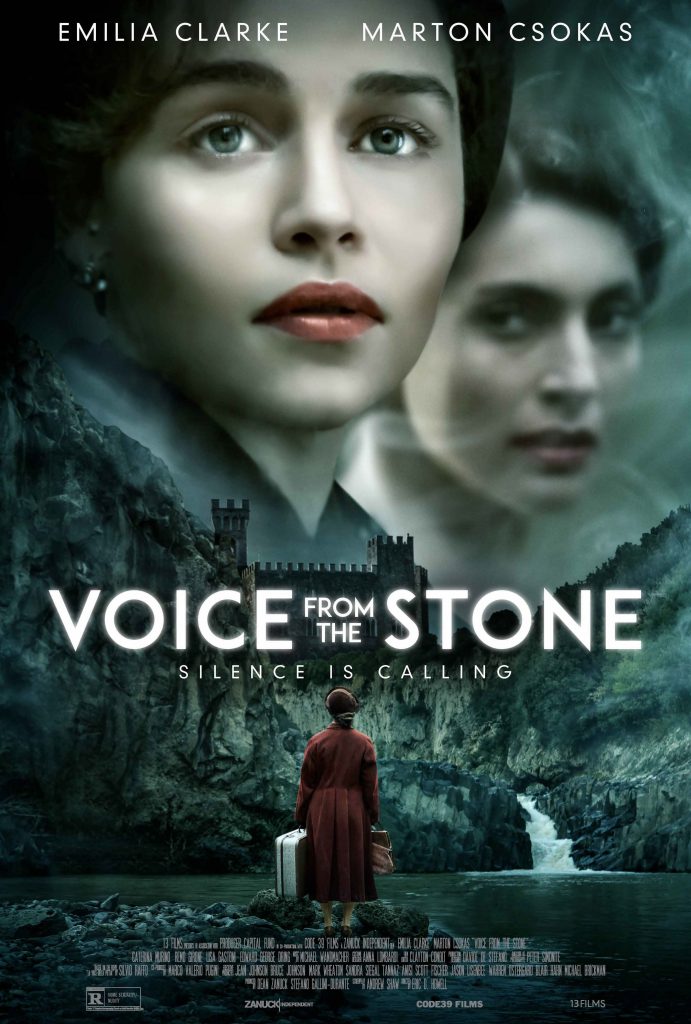